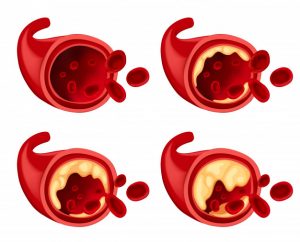 Chelation therapy To eliminate toxins And heavy metals in the body
Chelation is to detoxify the blood vessels. Through salt water Containing an amino acid compound called EDTA mixed with vitamins and minerals which EDTA plays an important role. In capturing heavy metals such as lead, mercury, arsenic, or even excess calcium, which build up in tissues and cleave along the walls of our blood vessels, these heavy metals are removed through the urinary system. The duration of each infusion is approximately 2 hours.
Symptoms that show when heavy metal toxins accumulate in the body, such as
– Frequent headache, irritability, fatigue, tiredness, drowsiness, poor concentration, memory loss.
– body aches Joint and rheumatoid pain
– Chronic constipation, bad mouth, strong body odor
– Skin problems, acne, blemishes
– Allergic asthma is easily hives.
– The metabolism system works less. Easy to make obesity
– Loss of appetite, indigestion, indigestion, frequent burping.
– Chronic skin diseases, itchy rashes, frequent abscesses
How is heavy metal dangerous for life?
– Dementia cells die and mutate
– Cause various cancers
– change the structure of genetic genes
– causing chronic NCDs
– Lower quality of life
Who is Chelation suitable for?
– People who are at risk of atherosclerosis, such as amalgam fillings, high cholesterol, oxidative stress (high radical levels), such as drinking tea, coffee, alcohol, smoking or being close to people who smoke Cigarettes etc.
– People who have toxins, metal build-up and other toxic substance problems. Accumulate in the body
– People who are physically weak Impaired blood circulation, symptoms such as easy dizziness, etc.
– People with high blood pressure problems Due to inelastic blood vessels
– Those who are healthy But want to protect yourself from cancer and arteriosclerosis Including wanting to get rid of toxins and heavy metals from the body And want to maintain the condition of the veins throughout the body Not to cause blockages in the future
– People who have already performed a balloon, vein, bypass stent, and bypass Because a new blockage will occur Which chelation will reduce those problems
Benefits and results
– Reduce the blockage in the blood vessels in the brain and heart.
– Reduce the incidence of recurrent heart disease
– lowering blood pressure
– reduce inflammation of the skin
– Reduce the occurrence of arthritis
– Reduce symptoms of asthma, allergies
– Better blood circulation in general (The blood vessels that nourish the heart, hands and feet, etc.
– Helps the nervous perception such as taste, picture and sound better.
– Relieve symptoms of beriberi
– Improved lung function
– Reduce the chance of cancer
– Reduce the level of fat in the blood
– Reduce the chance of losing organs
– Increase bone mass
– Improved electrocardiogram (EKG)
– Helps keep the brain clear Help keep good memory
– Relieve symptoms of Alzheimer’s
– Rehabilitation of sexual function
– Helps to get rid of chronic fatigue syndrome
Steps for doing “Chelation”
Administered parenterally (IV EDTA)
Can be treated by intravenous fluids Which will take approximately 2 hours each time, during which the drug administration You can enjoy snacks, snacks, fruit, drinks or watch TV programs.
How often should I do it?
It depends on a number of factors. The number of times is different. It is up to the discretion of the doctor and the disease that the patient has.
Is chelation safe?
Safe because chelation uses EDTA that has been accepted by doctors around the world. It is used in more than two million patients and with more than 8 million uses, never a single negative reaction to EDTA has been found.
Before Chelation, the doctor will have a blood test to check the condition of the kidneys and blood vessels.
Side effects of chelation
In the period of 24-48 hours, some people may experience fatigue. Due to the process of expelling waste from the body The symptoms that occur can be resolved. By drinking at least 2-3 liters more water. Get enough rest. Drink fruit juice and eat all 5 food groups according to the needs of the body.